Raw Records Research is a collection of young and unknown European artists’ improvisations. The collection is a set of inspiring urban mix with futuristic mood. Album's sound features a hidden side of big city absorbing subway and street noise, road repairing, chats of passersby and rumble of cars. Throughout the album's run time, the use of beats is varied: some tracks feature up-tempo, skittering beats, while other tracks place emphasis on isolated vocal samples overlaid on city ambience. The collection was released in May 2017.

Molto Bureau designed the name and visual image of vinyl record and cover, reflecting futuristic mood of the set. Our decision was to create solid R letter stressing the rawness of compositions. The collection was divided into 2 sides: light and dark, as well as the city that combines opposite feelings. It was additionally expressed in the color spectrum. 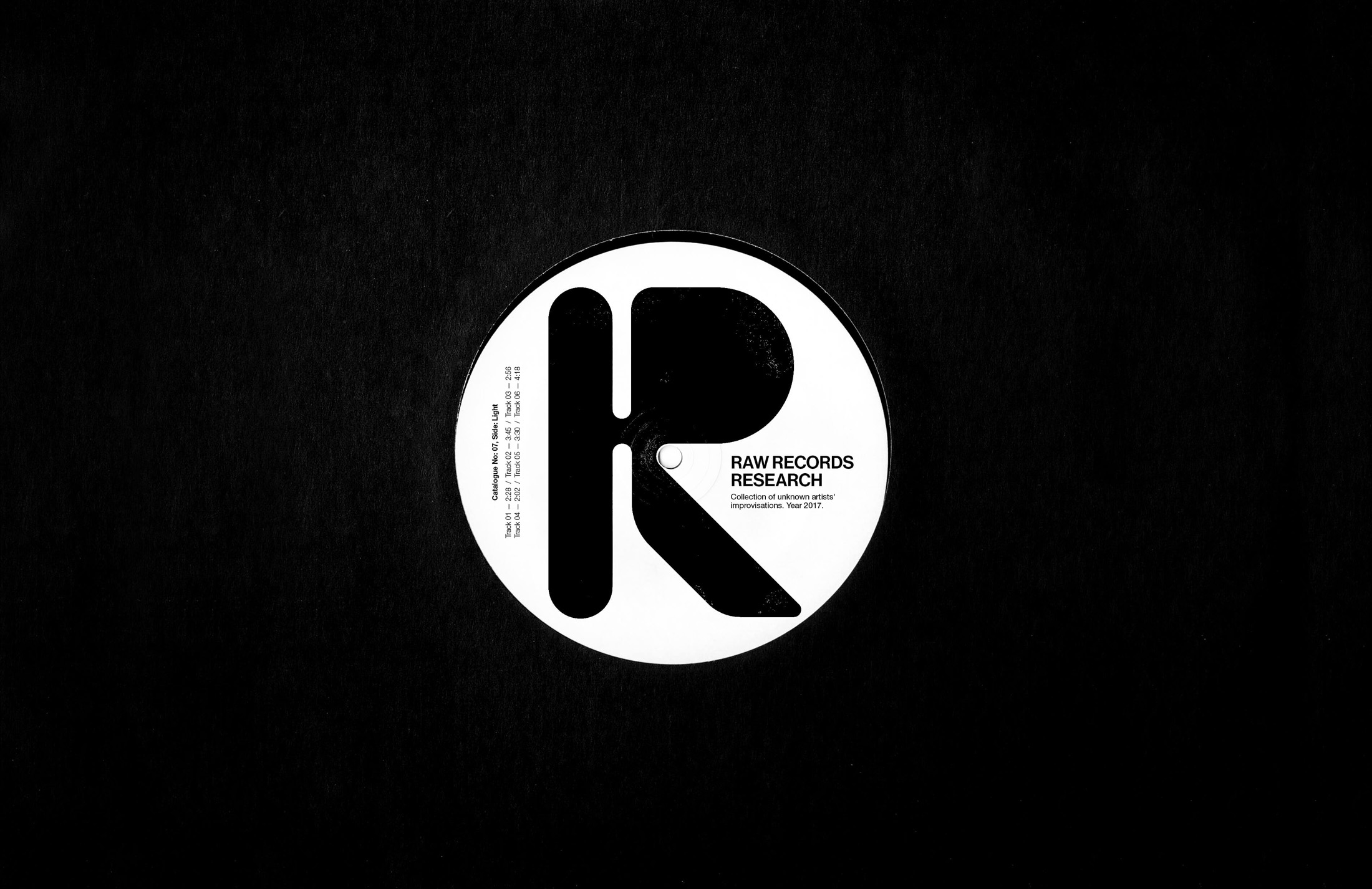 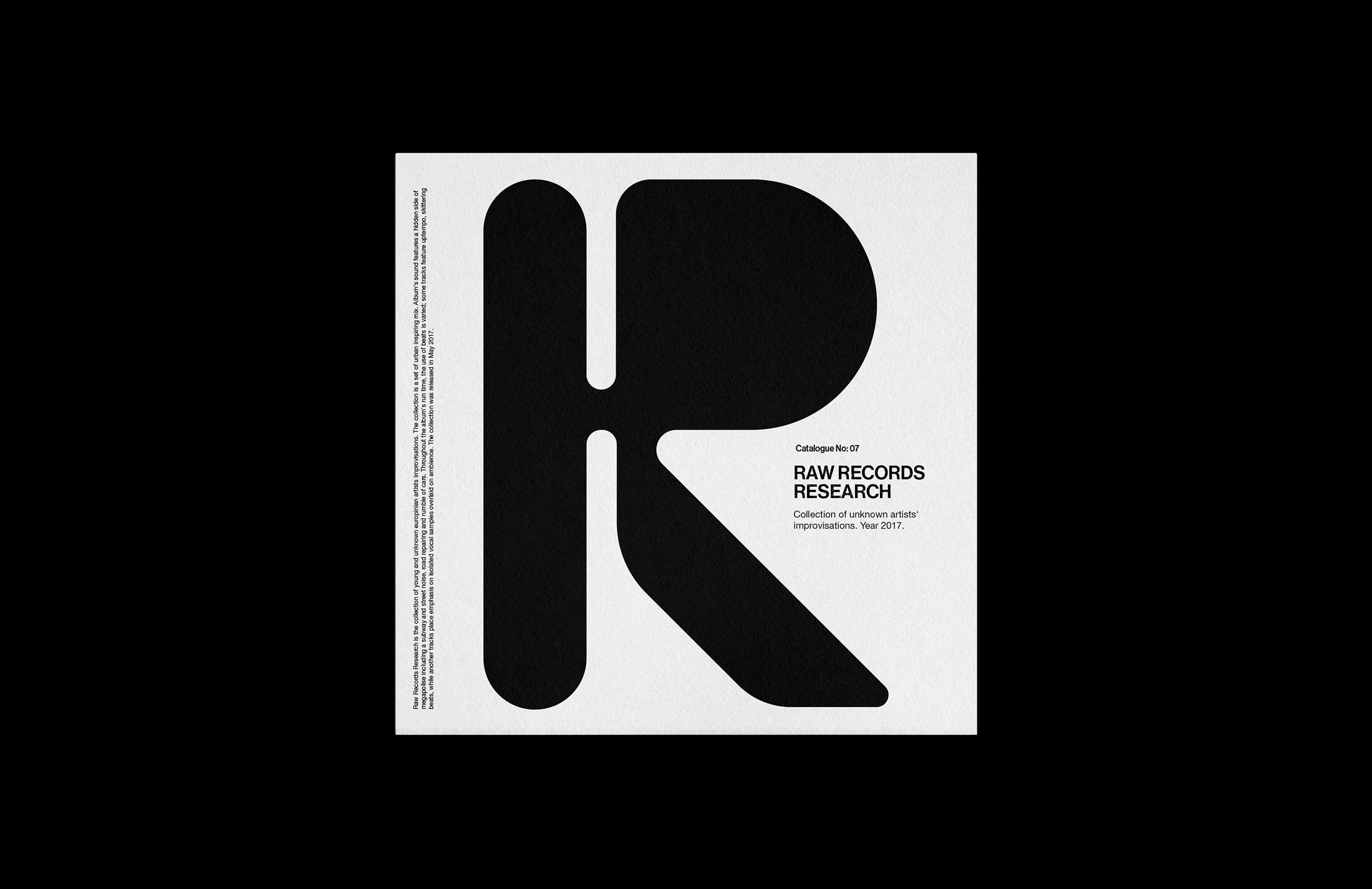 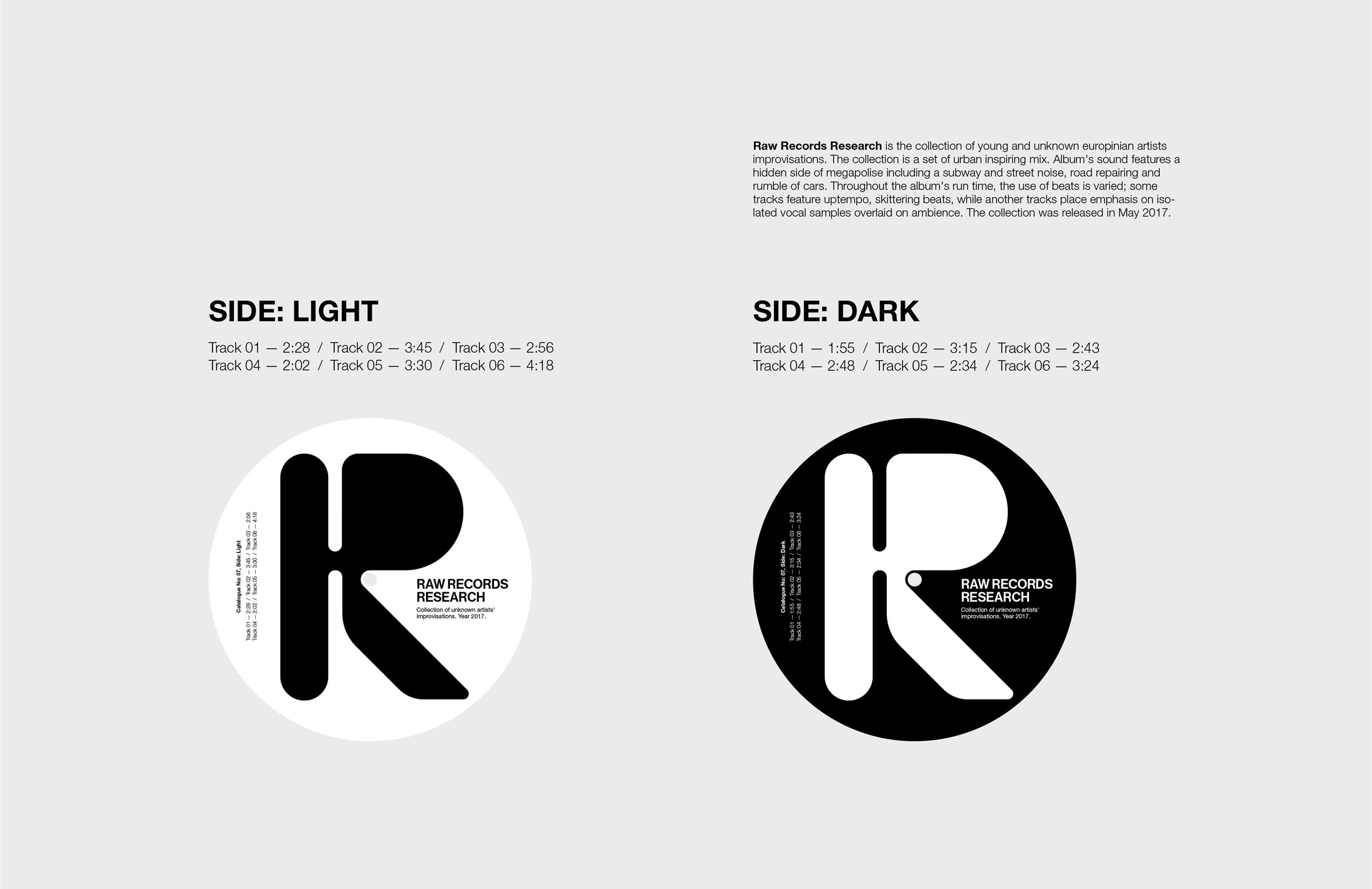 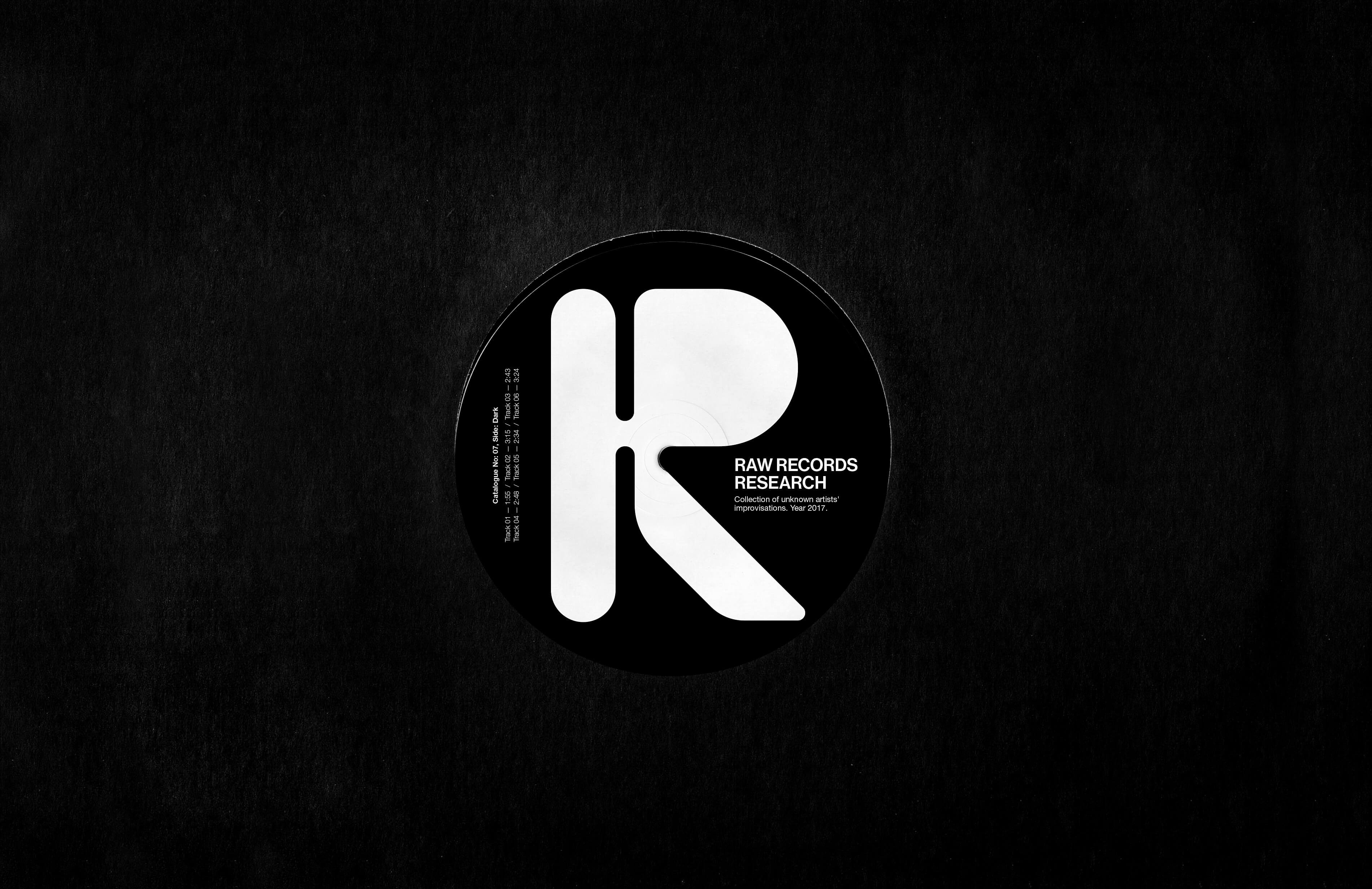